Yesterday I got to interview the acclaimed Toronto author Anthony de Sa – Barnacle Love (2008), Kicking the Sky (2013) – for the RTPi show “A Hora dos Portugueses.” After a sit down conversation at the Sanderson Toronto Public Library branch, we walked down Palmerston Ave’s “memory” laneway where much of the action in Kicking the Sky takes place, inspired by Anthony’s own experiences of growing up in Toronto’s Portuguese community in the 1970s. One of my favourite interviews so far. Episode to air sometime in January. 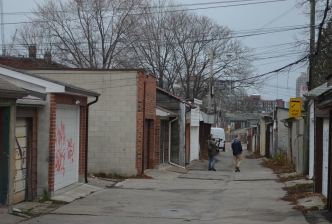 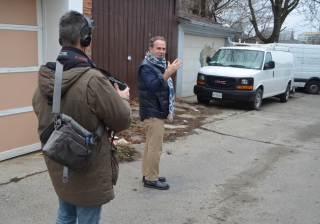